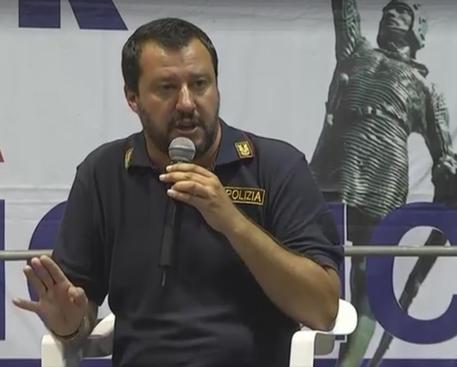 (ANSA) - Rome, September 13 - Members of Italian centre-right party Forza Italia and the rightwing Northern League accused U.S. Ambassador to Italy John Phillips of inappropriate meddling on Tuesday after he spoke out against a No vote in the country's referendum on political reform late this year.
Phillips earlier said a No vote against Premier Matteo Renzi's reform, which amends the Constitution and turns the Senate into a leaner assembly, "would be a step back for foreign investment in Italy".
Paolo Romani, head of former premier Silvio Berlusconi's Forza Italia group in the Senate, said the comments were "undue interference" from Phillips.
"It's frankly a lapse that we wouldn't have expected," said Romani, arguing that a No vote would not have the negative consequences mentioned by the U.S. representative.
Berlusconi on Friday criticised Renzi and the constitutional reform, saying that it was a way for the premier and his Democratic Party (PD) to tighten their grip on power.
Gianluca Pini, a deputy from the Northern League, described Phillip's statements as "an inappropriate and rude attempt" by U.S. President Barack Obama to keep Renzi in power.
On Monday it was announced that Obama will lay on a State dinner for Renzi at the White House on October 18.
Rightwing populist anti-euro and anti-immigrant League leader Matteo Salvini said Phillips "should mind his own business".
Italy is set to vote in late November or early December on the reform that would turn the Senate into a leaner, regionally based assembly with limited law-making powers, cutting gridlock and expenses. A No vote would have a knock-on effect on the government of Renzi, who initially said he would quit if the reform was defeated but has recently hinted that would no longer be so.
Italy's business leaders have come out strongly for a Yes vote.
photo: League leader Salvini