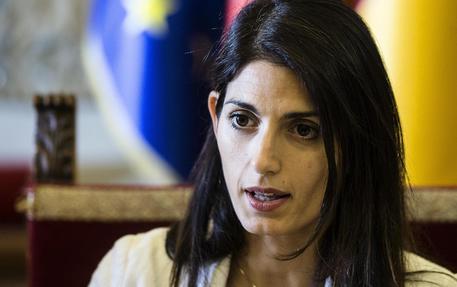 (ANSA) - Rome, September 2 - Newly seated Rome Mayor Virginia Raggi on Friday was reportedly combing through CVs in search of suitable replacements after she was hit by five resignations in one day on Thursday.
Cabinet chief Carla Romana Raineri and cabinet budget member Marcello Minenna stepped down, as did two heads of transport company ATAC - general manager Marco Rettighieri and CEO Armando Brandolese .
Adding to the resignations on Thursday, the head of Rome municipal waste company AMA, Alessandro Solidoro, also quit after being appointed less than a month ago as a replacement for then-AMA chairman, Daniele Fortini. "The objective is to find the best possible people," mayoral staffers told reporters today.
Raggi, who was elected in June, said the National Anti-Corruption Authority (ANAC) is vetting all of the nominations and appointments made since she took office.
Raineri said on Thursday her resignation was not linked to a pay cut after some media reports linked the mass resignations to rows over salaries and appointments. She said "I will soon explain my reasons". Raggi said on Facebook that ANAC had declared Raineri's nomination to the post improper under legislation on local bodies. After being elected in June, the anti-establishment 5-Star Movement's Raggi has made overhauling the city's notoriously inefficient and accident-prone public transport system one of the key points of her programme. Rettighieri aaid Thursday he and Brandolese had quit over "meddling" by Rome transport councillor Linda Meleo, calling her intervention "the straw that broke the camel's back". Rettighieri told ANSA he was mulling his resignation because the 18 million euros he requested from City Hall for urgent maintenance on the city's Metro A line have not materialised. In a letter to Meleo, Rettighieri had stated that the 18 million euros "are not available, because the City of Rome never made the wire transfer".
If the work on Metro A is not carried out, travellers can expect to see a gradual reduction in the number of trains serving the line, which would translate into delays and congestion now schools and offices have reopened after the summer break. Meleo has replied that the city council is at work to prevent a reduction in the service.