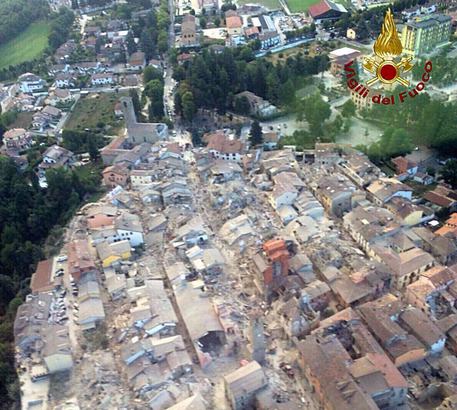 (ANSA) - Rome, August 24 - Premier Matteo Renzi said Wednesday no one would be left on their own after a devastating earthquake left scores dead in central Italy.
"We will leave no one on their own - not one family, one town or one village," the premier said at a Rome press conference before heading to the stricken areas in the Apennine mountains of the Lazio and Marche regions.
"The priority right now is to dig" people out of the rubble after the 6.0 earthquake, Renzi said.
He went on to thank volunteers, civil protection rescuers and the "solidarity machine" for their prompt response. "I thank everyone who dug with their bare hands," he said.
"Italy mourns its fellow nationals and displays its tears but also the generous heart of its volunteers, its civil protection and its institutions for all the world to see," he said.
Also on Wednesday, House Speaker Laura Boldrini who is a native of the Marche region traveled to the mountain village of Arquata del Tronto to personally "convey the House's solidarity to the stricken population" and to also say she stands with the citizens of her region.