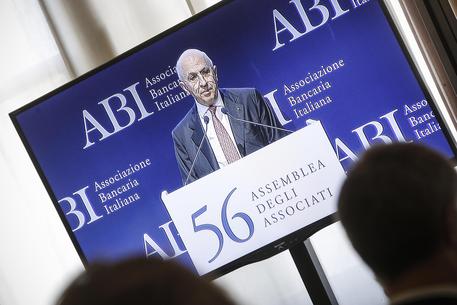 (ANSA) - Rome, July 8 - Antonio Patuelli, the head of Italian banking association ABI, said Friday that it was unacceptable if limits were put on protecting the accounts held in struggling banks. "After the coming into force of the single (European) oversight system and the mechanism to resolve bank crises, it is unacceptable that someone should put vetoes on the establishment of the third pillar of the banking union, the European assurance of deposits," he said. Premier Matteo Renzi's government is in talks with Brussels in ways to support Italian banks, many of which are weighted down by bad loans, without triggering infringement procedures for breaching the EU rules against State aid or failing to respect the new 'bail-in' regulations.
Renzi has complained that other countries were able to use public money to help their banking systems before the EU introduced tighter rules to stop the State bailing out lenders, meaning that bond holders, share holders and, in some cases, account holders now lose out when a lender fails.