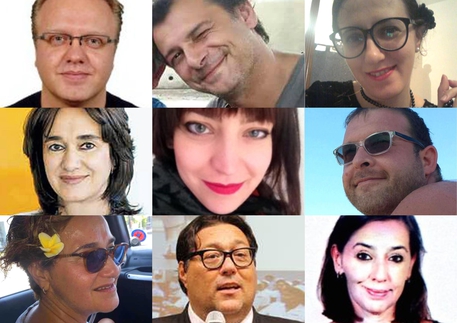 (ANSA) - Rome, July 4 - Italy is mourning the nine Italians who were among 20 hostages killed in an attack on a restaurant popular in a diplomatic zone in the Bangladeshi capital, Dhaka, at the weekend.
Extremist Islamist group ISIS has claimed responsibility for the attack. But the Bangladeshi authorities have said the attackers were educated young people from well-to-do families who saw jihad as trendy and had no links to ISIS. The Italian foreign ministry has named the victims as Adele Puglisi, Marco Tondat, Claudia Maria D'Antona, Nadia Benedetti, Vincenzo D'Allestro, Maria RiBoli, Cristian Rossi, Claudio Cappelli and Simona Monti.
Premier Matteo Renzi told Sky television Sunday that ISIS must be destroyed "without pity" and called for an "iron fist" strategy.