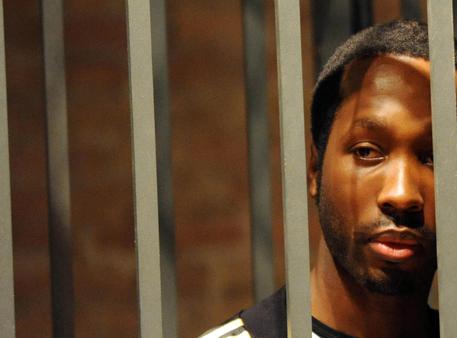 (ANSA) - Perugia, June 23 - Rudy Guede, the man convicted of the brutal murder of British student Meredith Kercher, will be allowed out of prison this weekend for 36 hours as a reward for good behaviour.
The Ivorian national is serving a 16-year sentence for the 2007 killing of Kercher in Perugia. Last year American Amanda Knox and her Italian former boyfriend Raffaele Sollecito were acquitted for the murder. Guede will spend the time he is allowed out of Viterbo prison at a reception centre for detainees released on furlough and with a working group of the Centre for Criminology Studies created to support his claim of innocence.
"A reward furlough means finally conceiving a new space.
Seeing others aside from the people you always see. Reward furlough means coming back into contact for a moment with the spontaneity of the world," he said. Guede's fingerprints and DNA were found all over the crime scene and the victim, who was sexually assaulted and then suffocated in her own blood on her bedroom floor after she was stabbed.