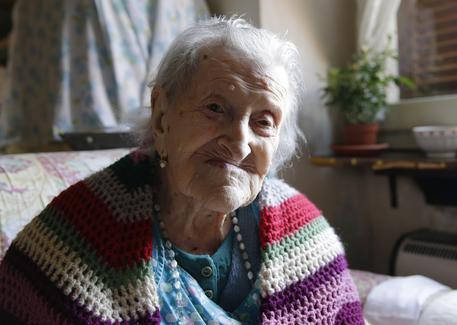 (ANSA) - New York, May 13 - A 116-year-old woman from the northern Italian region of Piedmont, Emma Martina Luigia Morano, has become the world's oldest person following the death of the previous holder of the record - African American woman Susannah Mushatt Jones, who passed away in Brooklyn, New York. Morano, was born in Civiasco, near Vercelli, on November 29, 1899, and she is now the only person alive to have been born before January 1900. She is only a few months younger than Jones was and has been Italy and Europe's oldest person since April 2013. On August 14 2015 she became the oldest Italian of all time after beating the record set by Italian-American Dina Manfredini (1897-2012).