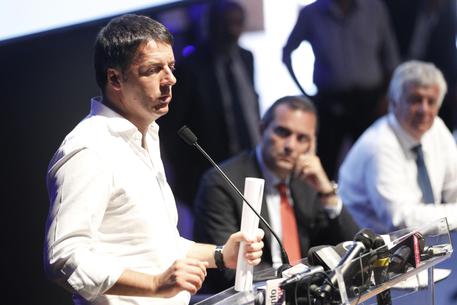 (ANSA) - Rome, May 10 - Premier Matteo Renzi said Tuesday that his government will work to help the European Union rediscover its true values.
The union is facing big challenges with the asylum-seeker crisis and the possibility that Britain will leave it. "What is happening in Austria should make us reflect," Renzi said in his enews referring to the political crisis in Vienna, where Social Democratic Chancellor Werner Faymann has been forced to quit despite pledging a tough stance on migrants and threatening to introduce controls at the border with Italy.
"If the political world gives in to fear, those who manufacture monsters become invincible".
"The public end up following the ghosts of their own fears and they close the door to hope, courage, the future...
"Come on Europe! You were conceived by pursuing an ideal, not by feeding a threat. "We Italians will do everything to ensure that Europe returns to being itself again". Last week Pope Francis berated the union for having lost its way as he called for the EU to be more welcoming to migrants. "What has happened to you, the Europe of humanism, the champion of human rights, democracy and freedom?," he said after receiving the prestigious Charlemagne Prize in the Vatican.