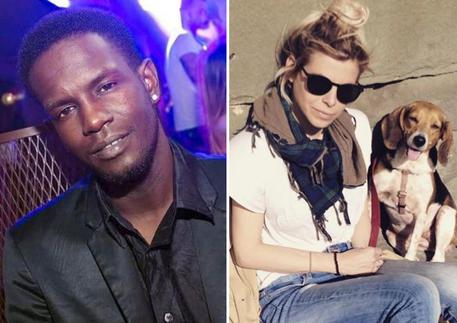 (ANSA) - Florence, May 10 - The defence for the chief suspect in the murder of American national Ashley Olsen argued in court Tuesday their client could not have committed the crime, because he was no longer in the flat at the victim's time of death.
The defence asked to see CCTV footage from the streets around Olsen's apartment on January 9, the day her Italian artist boyfriend Federico Fiorentini found her in her flat with trauma to the head and signs of ligature strangulation. Olsen, 35, also an artist, had been out of touch with Fiorentini for a few days following an argument, and had spent the night with defendant Cheik Tidiane Diaw, a 27-year-old Senegalese national.
CCTV footage showed him leaving her flat at 11:30 that morning, but an autopsy put the victim's time of death at 12-12:30 - information that was only released to the defence today.
"This is why we believe another person was at the scene of the crime," Diaw's defence attorneys told the court.
As well, the autopsy showed Olsen's head trauma was caused two hours before her death - which also implies someone other than the defendant could have strangled her later. According to initial reports, Diaw admitted under interrogation to being responsible for her death but said it was not intentional. He said he had sexual relations with Olsen after meeting her in a club and going to her home.
He said they subsequently argued and she banged her head after he pushed her.
He was identified with the help of footage from surveillance cameras that showed him going from a club to Olsen's home with her.
Olsen, originally from Florida, was living in Florence where her father, an architect, works at an art school.
An autopsy found that she had been strangled with a cord or rope.