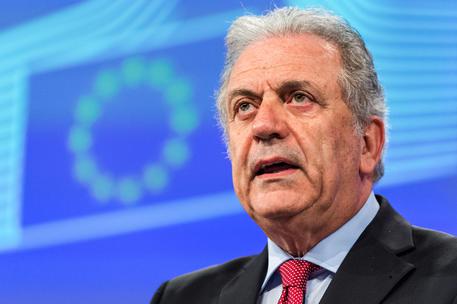 (ANSAmed) - Luxembourg, April 21 - EU interior ministers on Thursday agreed to set up an agency of cost guards and EU border guards, starting talks with the European Parliament, Dutch Migration Minister and duty president Klaas Dijkhof announced to European Migration Commissioner Dimitris Avramopoulos. The aim is to have the dossier voted on in the EU parliament so it can return to the EU leaders' summit on June 28-29. The timescale envisages that the new border guards will become operative in August and fully operational in September. Greater controls at the EU's external borders are a prerequisite for preserving the Schengen border-free zone at a time when many internal border have been re-erected.
photo: Avramopoulos