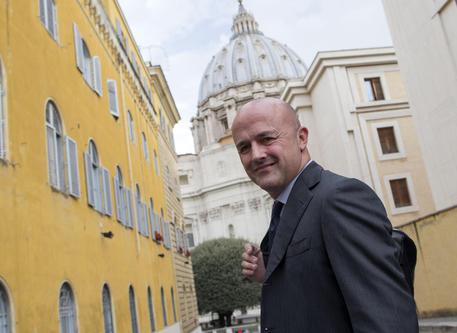 (ANSA) - Paris, April 20 - Italy lost four places in the 2016 Reporters Without Borders (RSF) world press freedom index, which was released on Wednesday, dropping to 77th out of 180 States. The NGO cited reports that dozens of threatened journalists were under police protection and mentioned the judicial proceedings over the leaking of confidential documents from the Holy See. "In May 2015, the daily La Repubblica reported that between 30 and 50 journalists were under police protection because they had been threatened," RSF said. "The level of violence against reporters (including verbal and physical intimidation and death threats) is alarming.
Journalists investigating corruption and organized crime are the ones who are targeted most. In the Vatican City, it is the judicial system that is harassing the media in connection with the Vatileaks and Vatileaks 2 scandals. Two journalists are facing up to eight years in prison as a result of writing books about corruption and intrigue within the Holy See".