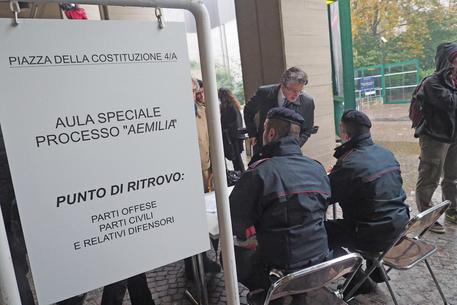 (ANSA) - Bologna, April 20 - Cabinet has dissolved the town council of Brescello in Reggio Emilia province on grounds it was infiltrated by the mafia, the rightwing Northern League party announced Wednesday. "This is a victory for the League, which has been fighting for lawfulness for years," Brescello League Councillor Catia Silva said. "We are ready to cooperate with the commissioner". Reggio Emilia regional League chief Gianluca Vinci said Silva "paid a high price for shedding light on the underground system in Brescello". Vinci said Silva suffered arson, property damages, and aggravated threats "on the part of five characters" including Calabria native and Brescello resident Alfonso Diletto, who is in prison and currently a defendant in a massive trial into 'Ndrangheta mafia infiltration in the northern Emilia Romagna region that kicked off in March this year. The 147 defendants include businessmen, politicians, and two Chinese nationals arrested in the so-called Aemilia investigation, which led to the indictments in December 2015.
Among those indicted is former footballer Vincenzo Iaquinta, who played for Juventus and for the Azzurri when Italy won the World Cup in 2006. The ex-striker is charged with illegal weapons possession aggravated by intent to abet mafia links.
His father Giuseppe Iaquinto faces charges of belonging to a racketeering mafia ring.
In July last year, police arrested nine people - including Diletto - on charges of fraudulent money transfers with intent to abet mafia activities as part of the Aemilia probe.
Assets, commercial property and businesses worth a total of 330 million euros were also seized in the bust.
In January 2015, the operation saw 117 arrests connected to Nicolino Grande Aracri, 'Ndrangheta boss of the Grande Aracri clan, who was already in prison at the time.