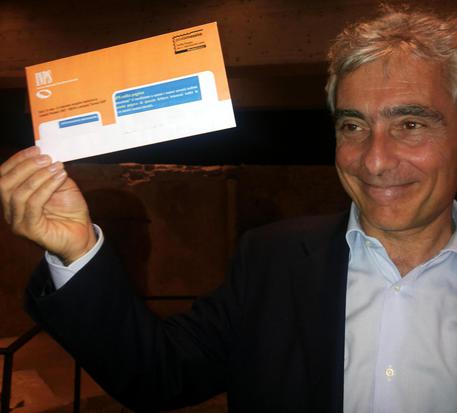 (ANSA) - Rome, April 20 - INPS has prepared the first 150,000 so-called orange envelopes containing people's social contributions record and a forecast of their future pensions, ANSA sources said on Wednesday. The letters have been handed over to the postal service and should arrive within a week. Tito Boeri, the head of pensions and social security agency INPS, has said around seven million Italian employees will receive orange envelopes this year. Boeri raised eyebrows in Tuesday when he said fears in the "political class" about the information people would get in the letters had created "many obstacles". He also hit the headlines for saying that Italy risks having entire generations miss out in the labour market without reforms to make it easier for people close to retirement age to quit work. Boeri gave the example of "generation 1980," people now in their 30s, many of whom have contributions "holes" and, as a result, risk not being able to retire until they are 75. Susanna Camusso, the head of Italy's biggest trade-union confederation, the left-wing CGIL, blasted those comments as dangerous on Wednesday.
"Talking of retirement at 75 is unreasonable, it risks sounding like an announcement rather than a problem that needs tackling," Camusso told ANSA. "Furthermore, a dangerous message of uncertainty risks coming across to young people, with many reacting by saying that if this is the case, I'll no longer pay (social-security) contributions".