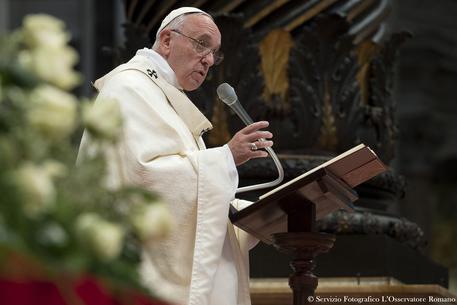 (ANSA) - Vatican City, April 19 - Pope Francis on Tuesday asked forgiveness from refugees for the "closure and indifference" with which they are "too often" treated.
"Too often we have failed to welcome you! Forgive the closure and indifference of our societies that fear the change in lifestyle and mentality that your presence requires," the pope said in a video message for the 35th anniversary of the foundation of the Jesuit-run Centro Astalli service for refugees. "(You are) treated like a burden, a problem, a cost, instead you are a gift," Francis added.
The pope has made solidarity with refugees and asylum-seekers a central theme of his papacy and on Saturday he visited the Greek island of Lesbos to show support for thousands of asylum-seekers there.
Three Syrian families including a total of six children subsequently returned with him to Italy and will be looked after by the Sant'Egidio Catholic community in Rome while their asylum applications are being processed.
Pope Francis tweeted Tuesday that "the privileged way to peace is to recognise in the other not an enemy to fight but a brother to be welcomed".