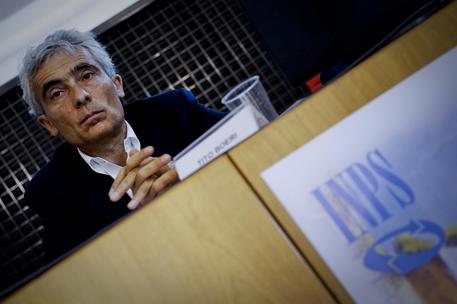 (ANSA) - Rome, April 19 - Tito Boeri, the head of State pensions and social security agency INPS, on Tuesday called for reforms to make it easier for people close to retirement age to quit work, saying Italy risks having entire generations miss out in the labour market. Boeri said this reform was needed in a "tight" time frame as "young people are penalized in a major way and there is the risk of having entire generations lost inside our country".
He added that levels of youth unemployment, with over 40% of 15-to-24-year-olds who are on the labour market out of work, were unacceptable. Boeri gave the example of "generation 1980" people now in their 30s, many of whom have contributions "holes" and, as a result, risk not being able to retire until they are 75.
"I don't want to terrorize (anyone). I just want to make you aware of the importance of contributions continuity," he said at the graduation day of Rome's Università Cattolica.
Economy Minister Pier Carlo Padoan, meanwhile, said there are "margins" for rethinking the existing pensions system to "improve" things for people entering and exiting the job market.
"There are margins for reflecting on the instruments and incentives, and on the links between the pension system and job market," Padoan said during a hearing on the government's economic and financial blueprint (DEF), adding that he was "certainly" in favour of "complex reasoning" on the issue. The minister also said he was "open to sources of complementary financing", including a possible role for the credit system. The pensions system "is one of the pillars of sustainability" but "there are margins", Padoan said.