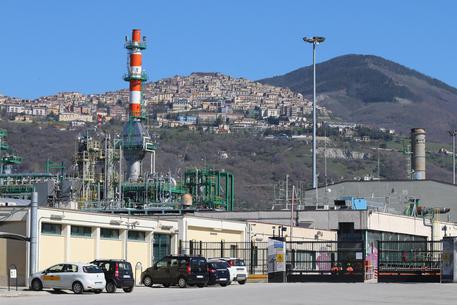 (supersedes previous)(ANSA) - Potenza, April 19 - ENI oil and gas giant said Tuesday it has suspended contracts with suppliers for its oil treatment plant near the Basilicata town of Viggiano.
Management earlier told union delegates it will have to lay off 430 employees at the Viggiano plant, which has been shut down under court order since March 31 due to a graft and illegal waste disposal probe by anti-mafia investigators that led to the arrests of five ENI employees. ENI later said 354 people currently working there will be laid off.
The company has denied charges of improper waste disposal at its plant, and its appeal is pending before the supreme Court of Cassation. The Viggiano plant produces 75,000 barrels a day.
The probe covers various oil plants in the southern Basilicata region and led to the resignation of Federica Guidi as industry minister earlier in the month. Also on Tuesday, unions warned the shutdown is also having negative effects on related oil-sector companies that employ some 3,000 people. The regional secretaries of CGIL, CISL and UIL labor federations issued a joint statement expressing "serious concern" over the situation and called for the plant to resume working regardless of its current legal situation.