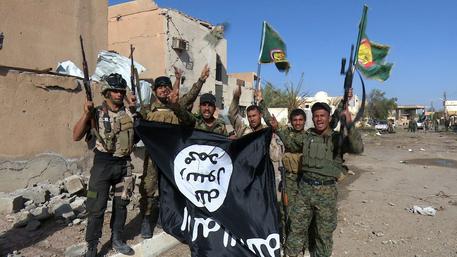 (ANSA) - Rome, April 18 - The United States has agreed to deploy more than 200 additional troops to Iraq and to send Apache helicopters for the first time into the fight against the Islamic State group in Iraq, the first major increase in U.S.
forces in nearly a year, US defense officials told the Associated Press Monday.
The uptick in American fighting forces - and the decision to put them closer to the front lines - is designed to help Iraqi forces as they move to retake the key northern city of Mosul.
Speaking to reporters Monday in Baghdad, Defense Secretary Ash Carter said the decision to move U.S. advisers to the Iraqi brigade and battalion level will put them "closer to the action," but he said they will have security forces with them and the US will try to reduce the risks.