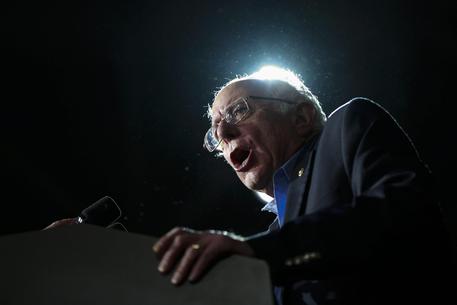 (ANSA) - Rome, April 8 - Democratic presidential candidate Bernie Sanders says he would "very much like to" meet Pope Francis when he travels to the Vatican next week but he has not received an official invitation from the Catholic leader, the Associated Press reported.
It's "not yet clear," Sanders told journalists in New York Friday, saying this pope is someone he has "enormous respect for in terms of the mental consciousness that he's raising." Sanders' campaign released a statement Friday saying that Sanders, who is the first Jewish candidate ever to win a presidential primary, will address a conference next week hosted by the Pontifical Academy of Social Sciences on social, economic and environmental issues.