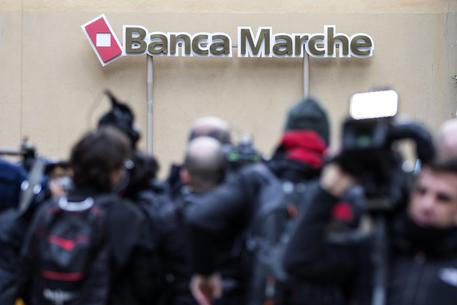 (ANSA) - Brussels, April 4 - A European Commission spokesperson said Monday that the EU executive has reached an agreement with Italy on compensation for small investors who lost money in four Italian banks saved last year following government intervention. Many of the small investors say they were deceived by the banks about the risks of buying bonds in them. "We have agreed on important parameters and now implementation is in Italy's hands," said the spokesperson for the Directorate-General (DG) for Competition.
The aim of the Brussels-Rome negotiations was to make it possible for the Italian authorities to grant fast compensation without breaking the new European bail-in rules, which mean a lender's creditors must bear some of the burden when debts are written off.
Premier Matteo Renzi's government has given Italy's anti-corruption authority (ANAC) the job of handling the arbitration cases of investors who lost money in Banca Etruria, Banca delle Marche, Cassa di Risparmio della Provincia di Chieti (CariChieti) and Cassa di Risparmio di Ferrara (CariFe).
A 3.6-billion-euro rescue financed by healthy Italian banks saved jobs and protected account holders but left shares and bonds in the four lenders worthless.
One of Banca Etruria's former bondholders committed suicide after his life savings went up in smoke.