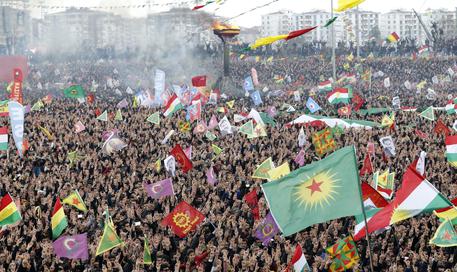 (ANSA) - Istanbul, March 21 - A Italian woman was detained on Saturday by Turkish police in an Istanbul Internet café for allegedly publishing propaganda in favour of the Kurdish group the PKK, which Ankara considers a terrorist organization, consulate sources said Monday. The woman, Giovanna Lanzavecchia, a 24-year-old from Milan, is being held at a detention centre for foreigners in Istanbul in view of expulsion, the sources said.
Turkish press sources close to the government said that Lanzavecchia - who arrived in Turkey a few days ago and was staying in a hotel in the Sultanahmet district in the historic centre - is accused, among other things, of publishing photos of armed PKK militants.
Monday is the Kurdish New Year celebration Newroz, for which celebrations are banned in nearly all of Turkey, with the exception of the city of Diyarbakir, the main Kurdish city in the country's southeast.