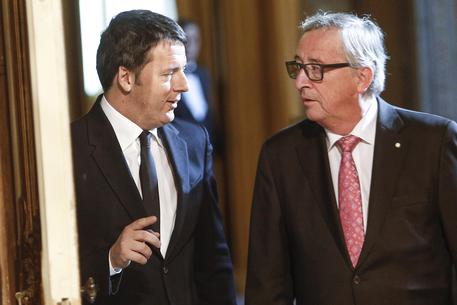 (ANSA) - Rome, March 17 - An article published this week in the Financial Times newspaper entitled "How Italy fell out of love with the EU" analyses how recession, austerity and the migrant crisis has strained links between Rome and Brussels and led to Premier Matteo Renzi's growing criticism of EU elites.
In the article, journalist James Politi writes that restoring Italians' faith in the EU "will not be a simple task for Mr Renzi given how much the country has fallen out of love with Europe".
Politi cites an Ipsos survey that shows the share of Italians reporting that they have confidence in the EU had fallen to 40% in January 2016 from 73% in 2010.
He says there is a risk for Renzi that his "brash and direct tone with the EU will backfire". One of the biggest tests for Renzi will be in May when the EU will have to decide whether to accept Italy's request for greater flexibility in its annual budget, taking into account the reforms it has passed so far.
"The fear in Rome is that if Europe does not begin to change, the populist tide in Italy could become much fiercer, possibly even toppling Mr Renzi," Politi writes.
"Elections are due in 2018, but he could face a crisis earlier if voters turn down his constitutional reforms in a referendum set for the autumn. In such a scenario, it is not out of the question that Italy could end up exiting the EU or the euro".