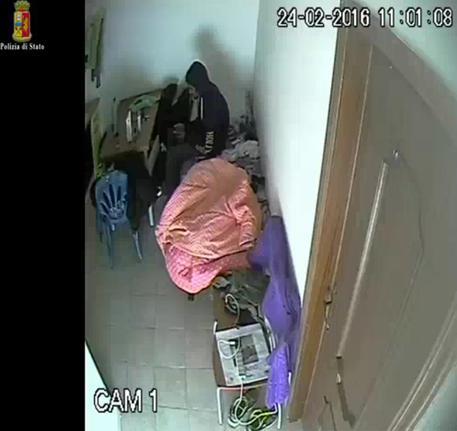 (see related) (ANSA) - Campobasso, March 10 - A prosecutor said Thursday that a 22-year-old Somali asylum seeker detained on suspicion of planning a terrorist attack in Rome was just awaiting an order from a superior to act. "He's a person who is extremely zealous and quite willing to take risks," Campobasso Prosecutor Armando D'Alterio told ANSA.
"Nevertheless, he isn't someone who is out of control. He isn't crazy. "Up to now he was waiting for developments. He was waiting for orders from above. That was all he was waiting for". The man, who was considered an imam by other members of the reception centre at Campomarino, near the southern city of Campobasso, had been under observation for two months and is suspected of instigating others to commit acts of terror.
His lawyer said he was bemused by his detention. "Why have they arrested me? I haven't done anything," lawyer Antonio Di Renzo quoted the suspect as saying during a meeting. "The arrest is incredible for him," the lawyer told ANSA. "I tried to explain to him that in Italy the justice system goes down a different track and you don't necessarily have to have killed someone to be arrested," the lawyer continued. "My main job at the moment is to make him understand the stages of the judicial process. "The first impression is that he is very sure of himself.
He betrays no emotion and I don't know whether this is a front or whether he doesn't realise what has happened". The Somali, who was not named, was recorded saying, according to court documents, "let's start from Italy, let's go to Rome and start with the station". "The war is still continuing, Charlie Hebdo was just the beginning of what is happening now," he went on. "There's a simpler road, that of equipping oneself and blowing oneself up, that's the simplest way". Di Renzo said the suspect's Italian is poor and he is requesting the help of an interpreter. "The scraps of recordings that I've seen so far don't say anything," the lawyer said. "There are probably others that I have't been able to see yet".