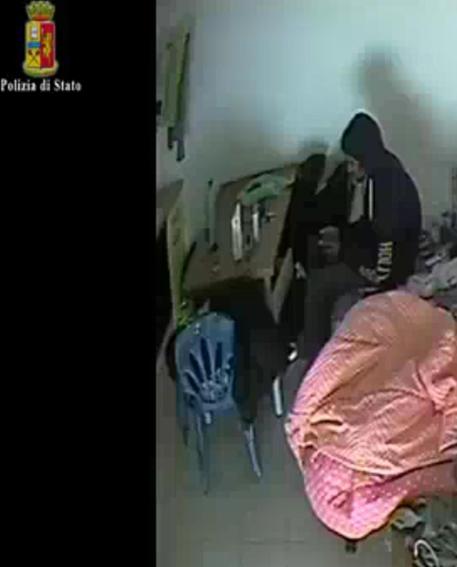 (ANSA) - Rome, March 9 - Italian police on Wednesday detained a 22-year-old Somali imam and asylum seeker suspected of planning an attack on Rome.
The man was taken into custody at the migrant reception centre he was living in, near the capital of the southern region of Molise, Campobasso.
The imam, who was not named, was recorded saying, according to court documents, "let's start from Italy, let's go to Rome and start with the station".
"The war is still continuing, Charlie Hebdo was just the beginning of what is happening now," the imam went on.
He added: "there's a simpler road, that of equipping oneself and blowing oneself up, that's the simplest way".
The imam reportedly told fellow residents of the reception centre that they had to organise a "market" for jihad and God had ordered them to kill, police said according to transcripts of his preaching.
"This month the jihad market is being organised, and the Prophet prepares soldiers this month against idolaters and fights against the enemies of God," he reportedly said. "So profit from this month, rush to be the first. God ordered you to kill his enemies and wage jihad in his name, preach religion and the sharia and punish the sinner". Having taken on the role of spiritual guide, police said, at the end of the ritual teaching he prayed for ISIS and fighters who kill themselves for the cause.
Prosecutors in Campobasso stressed he had been detained on strong suspicions that he was planning a terrorist attack in Rome. "We have precise technical evidence about the possibility that he was organising an attack in Rome," said Campobasso Chief Prosecutor Armando D'Alterio. The imam was detained at a migrant reception centre at Campomarino, near Campobasso. Investigators suspect he was planning to flee the centre and probably head for Rome on Wednesday.
The imam preached in favour of ISIS, al-Qaeda and al-Shabab, urging the other migrants in the reception centre to take violent action to carry out jihad, police said.
D'Alterio, the Campobasso chief prosecutor, called it an "intense and vehement proselytism" against the West.
Some worshippers walked out of his prayer sessions because they were alarmed at the content of his preaching, police said.
Just over two months of intense investigation, backed by phone tapping, hidden cameras and bugs, enabled the Campobasso section of the DIGOS security police to grasp the real scope of the imam's words as well as his intentions, police said.
The imam reportedly praised the November 13 Paris terror attacks that killed 130 people as well as martyrdom, urging his fellow residents to join the jihad and follow him first to Rome and then to Syria, police said.
With a hidden camera, police filmed the man while he watched a great deal of videos showing terrorist attacks, police said.
This material was seized to help police with their inquiries.
Political reactions to the case were mixed.
Rightwing populist Northern League leader Matteo Salvini pounced on the case to say: "(Premier Matteo) Renzi is an accomplice!" because of Italy's policy on migrants.
"If I were in his place, blanket checks and mass expulsions. Italians are at risk because of Renzi and (Italian President Sergio) Mattarella". Giorgia Meloni of the rightwing Fratelli d'Italia (Brothers of Italy) party said "the policy of doors open to all, without any controls and pretending there is no problem linked to Muslim immigration, is a criminal policy that puts all Italians in danger".
Interior Minister Angelino Alfano replied: "Zero risk does not exist but the Campobasso arrest shows that the system of prevention is working.
"We must not get distracted and our sincere thanks goes to the police for their work".