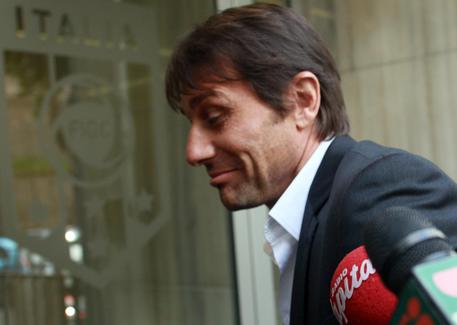 (ANSA) - Cremona, March 8 - Cremona judge Pierpaolo Beluzzi is set to give his verdict on allegations Italy coach Antonio Conte committed match-fixing-related offences by the middle of May at the latest, ANSA sources said Tuesday. For Conte, who has requested a fast-track trial, the case should open on April 4, with the end of the defence arguments set for April 21, although the judge has also set two more hearings for May should they be needed. Therefore the sentence should arrive before Conte leads the Azzurri at Euro 2016, which kicks off in France in June. Conte is among over 100 defendants in the case stemming from the Cremona-based Last Bet probe into alleged betting-related match-fixing. The former Juventus boss is suspected of sporting fraud for allegedly failing to report alleged attempts to fix a match against AlbinoLeffe when he was in charge of Siena in the second tier, Serie B, in the 2010-11 season. Conte, who has been linked to a move to Premier League Chelsea when his Azzurri contract expires after Euro 2016, served a four-month ban while at Juventus at the start of the 2012-2013 season in relation to this case and that of another match against Novara.