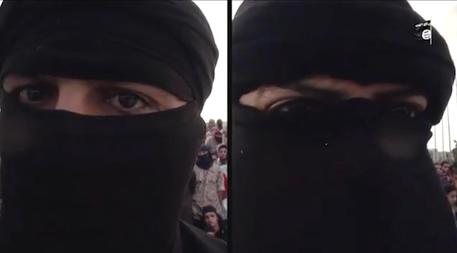 (ANSA) - Rome, March 4 - Incidents in Libya involving criminals and terrorists who abduct for a ransom and use their victims like human shields stress the need for a national unity government to re-establish security and the rule of law in the country, US Ambassador to Italy John R. Phillips told Italian daily Corriere della Sera in an interview published Friday.
Speaking a day after reports that two Italians abducted in Libya last July, Fausto Piano and Salvatore Failla, were killed late Wednesday in a militia raid on an ISIS cell in western Libya, Pillips said Italy could deploy "up to some 5,000" soldiers in the event of military intervention in Libya.
Two other workers from the Parma-based oil-construction firm Bonatti abducted last July, Gino Pollicardo and Filippo Calcagno, have been freed and will soon be moved to a safe zone and taken back to Italy, Italian intelligence sources said Friday.
The diplomat also said Washington would not expect Italy to be involved in air raids.
He said Washington was working closely with Italy on Libya, where a national unity government could ask Italy and other countries, based on a UN resolution, to intervene and contribute to stability.
Phillips called Libya Italy's "top priority" and a very important dossier for the US as well, adding that it was important for Rome to take the lead in international intervention.
He also said Washington could contribute with intelligence and that the deployment of troops has not been discussed.
Asked whether the NATO-Italian air base at Sigonella in Sicily could be used for operations against ISIS in Libya, the diplomat replied that the base was one of several where Italy and the US were cooperating.
He added that Rome is one of the best partners in Iraq in international efforts against ISIS.
Italy currently has some 750 soldiers in Iraq, mostly involved in training Iraqi soldiers and police in Baghdad and the Kurdish regional capital Erbil.
Italy is also set to deploy 450 troops in Iraq, near the front line with ISIS militants, to protect workers repairing the Mosul hydro-electric dam.