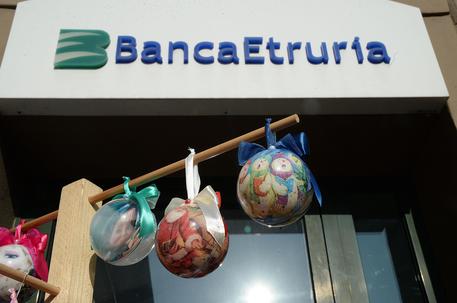 (ANSA) - Rome, March 4 - The Bank of Italy has issued sanctions worth a total of 2.2 million euros against 27 former members of the 'old' Banca Etruria, the central bank said Friday.
Banca Etruria is one of four failed banks rescued by the government last November.
The 27 including former board members will have to pay fines ranging from 52,000 to 130,000 euros each, according to their level of responsibility and the length of time during which they held their posts.
The sanctions affecting former board members and managers of the 'old' Banca Etruria are not the first fines issued by the Bank of Italy against the Arezzo-based lender.
According to the central bank, some of those sanctioned this week had already been fined in September 2014.
The sanctions issued at the time were worth 2.5 million euros and followed an inspection the previous year.
Last month, a bankruptcy court in Arezzo declared the 'old' Banca Etruria insolvent, upholding a request by bank commissioner Giuseppe Santoni.
Following the ruling, prosecutors have opened a probe into fraudulent bankruptcy.
Premier Matteo Renzi's government at the end of November 2015 stepped in to save Banca Marche, Banca Etruria, CariChieti and CariFe, using financing from Italy's healthier banks.
The rescue saved jobs and protected account holders by setting up four new banks, but rendered shares and bonds in the 'old' lenders worthless. The case is sensitive for the government as Reform Minister Maria Elena Boschi's father was a former vice president of Banca Etruria.