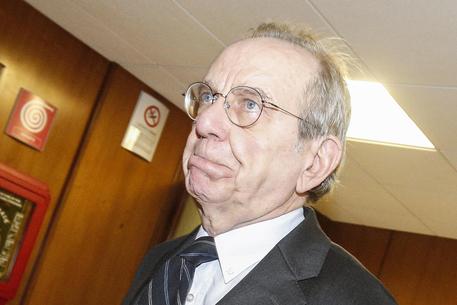 (ANSA) - Rome, March 4 - Italian bank' bad loans can act as a brake on growth but they hardly represent any realistic risk of banks collapsing, Economy Minister Pier Carlo Padoan said in the City of London Friday, stressing that the problem was the fruit of "three years of recession". Padoan listed "radical" government moves to bolster the banking system, including reforms of cooperative banks, foundations and local savings banks, as well as a State guarantee on the securitization of non-performing loans (NPLs). Padoan came out in favour of "structural reforms" when quizzed about a possible 'bad bank'.
The minister also pointed out that the amount of NPLs was a net 89 billion euros, which should be the figure referredto, not the gross figure of 201 billion euros.
The government has repeatedly insisted that the solidity of the Italian banking system is not threatened by its relatively high ratio of NPLs.
Padoan added that recent positive employment data were a big boost to confidence in the economy.