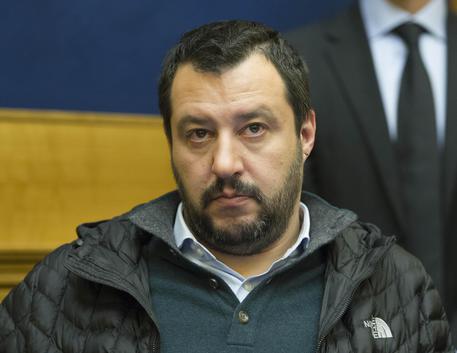 (corrects 'Libyan security forces' to 'militias', last word).
(ANSA) - Rome, March 3 - Northern League leader Matteo Salvini told a House press conference after reports two Italians have been killed in Libya that "(Premier Matteo) Renzi has blood on his hands in Libya as in Italy. In Italy he roots for and frees criminals, he is an accomplice of international terrorism on immigration." He went on that while the reports of the two slain Italians "are arriving from Libya, (President Sergio) Mattarella boasts Italy is in the vanguard (for welcoming migrants). Let's hope the news is unfounded". Reports, which the foreign ministry is verifying, said two Italian prisoners of ISIS were killed while being transferred from one location to another, in an attack by militias.