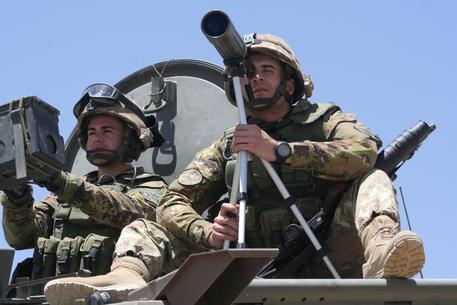 (ANSA) - Rome, March 3 - Italian external secret service agency AISE is to direct Italian operations in Libya, Corriere della Sera and Sole 24 Ore dailies reported Thursday.
Three 12-man teams are reportedly already on the ground in the North African country and they will be followed by 50 special forces. Italy is prepared to contribute 3,000 troops to a possible peacekeeping mission there.
Both papers reported the move is being made under a February 10 decree issued by Premier Matteo Renzi, which reportedly says "the prime minister... can authorize... AISE to adopt intelligence and fightback measures, including with the technical cooperation of special defence forces, with the consequent support of assets from the Defence Department itself".
The premier is reportedly authorized to do so "in crisis and emergency situations that require urgent and exceptional measures".
In related news, the Suez Canal authority said France's flagship aircraft carrier Charles De Gaulle passed through the Suez Canal heading for the sea off Libya. According to a French military source on Monday, the ship is carrying "fighting groups at the disposal of the French army to gather information on Libya by air and sea".