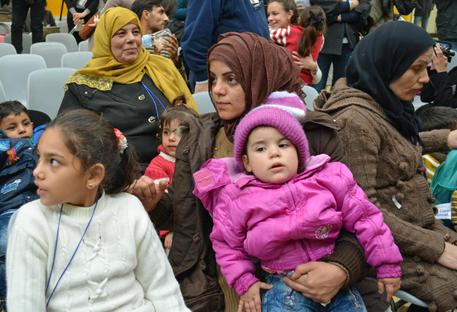 (ANSA) - Palermo, February 29 - In the first two months of 2016, 7,892 migrants have arrived on Italian shores, said Vice Chair of the House Foreign Affairs Committee Erasmo Palazzotto on Monday during a press conference on migrant hotspots.
Although the total number of migrants was nearly identical to that of the first two months of 2015 (7,758), there were 1,588 more irregular migrants in 2016, totaling 5,254 overall.
Of those, the data show that 2,355 have effectively left Italian territory, while the location of 2,897 other irregular migrants who weren't repatriated is unknown.
Palazzotto said the system of hotspots for migrant registration in Italy, proposed and supported by the European Commission, "is a complete failure".
"It only responds to the need to show the EU that something is being done," Palazzotto said at a conference on hotspots in Palermo.
He said only three of five hotspots are currently active: Pozzallo, Lampedusa, and Trapani.
"The hotspot system is creating a system of illegalisation of migrants in Italy," he said.
"In many cases people are classified as economic migrants only by taking their country of origin and their nationality.
This is a clear violation of the constitutional right to asylum".