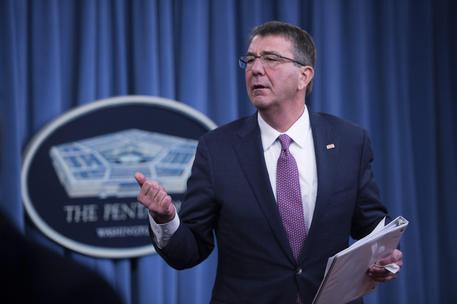 (ANSA) - New York, February 29 - US Secretary of Defense Ash Carter said Monday that Italy, being "so close" to Libya, had "offered to take the lead" in the North African country and "we have already promised that we will strongly support them", according to Bloomberg. Carter stressed the international coalition will go into action once a Libyan government of national unity has been formed, "hopefully as soon as possible".
Rome has agreed to US drones operating from its Sigonella base in Sicily and has pledged to play a key role in the coalition's action once the government is formed.