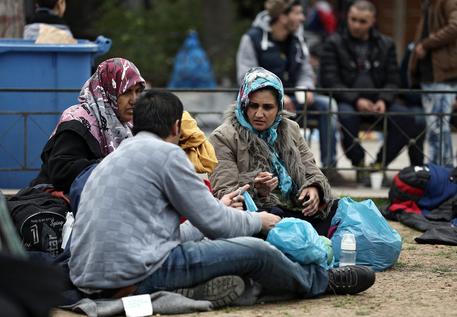 (see related) (ANSA) - Rome, February 25 - Italian Foreign Minister Paolo Gentiloni told his Greek counterpart Nikos Kotzias that "unilateral" initiatives by individual European Union member States to tackle the migrant-refugee crisis were "dangerous" in a telephone conversation on Thursday. "Italy considers unilateral initiatives in the immigration issue to be dangerous and does not agree with positions that aim to assign an individual country, such as Greece, with the responsibility of facing the migratory crisis," Gentiloni said, according to a foreign ministry statement. "Everyone's commitment is needed but effective solutions can only be adopted within the context of a European commitment for solidarity that is widely shared".
Raising walls in response to the European migrant crisis "only generates illusions", Interior Minister Angelino Alfano said ahead of a meeting of the justice and home affairs council in Brussels on Thursday. "Let's hope the issue with Vienna is overcome because walls generate only illusions," said Alfano in reference to Wednesday's 'countersummit' held by Austria and Balkan states in favour of restricting the arrival of migrants, with controls that Greece fears will isolate it. "The country that raises a wall resolves the problem momentarily, but in the end the system will collapse and the problem will affect everybody once more," Alfano continued. "It is better to think about it first and organise the redistribution system," he said.