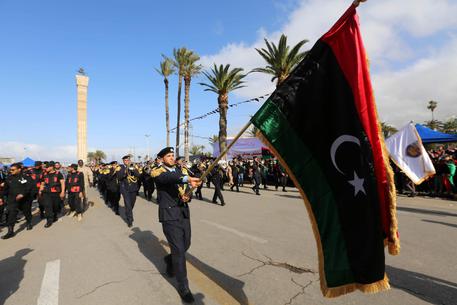 (ANSA) - Rome, February 24 - Libyan Ambassador to Italy Ahmed Safar said Wednesday that an alleged plan to divide the country into foreign protectorates would be rejected by the population.
"It would be like dividing Germany with a wall again," he told reporters. The reference was to press leaks claiming that work is underway in Washington, Paris, London and Rome on an alternative action plan to defeat the so-called Islamic State (ISIS) fundamentalist group if efforts to get the UN-backed unity government approved were to fall through. "Only Libyans will decide their future," the ambassador said. "And they want a united, democratic and liberal government." The international community is waiting for an official request from Libya's government of national unity before engaging in anti-ISIS operations in the country. As well, the Libyan ambassador said he hoped to get good news soon on four employees of Bonatti engineering contractor, who were taken hostage in Libya in July.