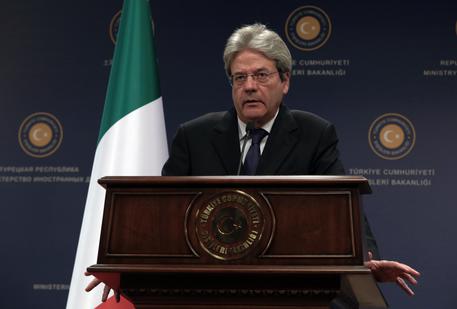 (ANSA) - Rome, February 24 - Italian Foreign Minister Paolo Gentiloni on Wednesday said that although he believes all countries "have the right to make their own national decisions", he is "critical" of Hungary's decision to hold a referendum on mandatory EU migrant quotas.
"I don't believe that Europe today can manage the migrant crisis with single countries delegating decisions to their citizens that disrupt common ones taken at a European level," Gentiloni said, adding that it could create "precedents that could be negative or even dangerous".
Austrian Interior Minister Johanna Mikl-Leitner agreed that "we all want a European solution, but the problem is when that might happen".
"A European solution takes time. What's needed now are national measures," Mikl-Leitner said.
Austria hosted a migration conference Wednesday with Balkan nations, which Mikl-Leitner said was aimed finding ways to stop the influx of migrants.
Greece, one of the main first entry points for migrants into Europe, criticised Austria for not inviting officials from Athens to attend.
European Commission Vice President Valdis Dombrovskis said Greece is putting measures in place to strengthen its border management after the EU commission evaluating Greek management of Schengen borders found "serious shortcomings".
"Rather important progress has been made on hotspots, but let's not deceive ourselves, more efforts must be made," Dombrovskis said.
Italian President Sergio Mattarella on Wednesday called the migrant integration process "a historic task".
"Now more now than ever, Europe must recognise difficulties and struggles in the face of the economic crisis, financial instability, migration and wars in the Middle East, and strong imbalances in wealth and opportunities," Mattarella wrote in a letter sent to a European Parliament conference commemorating the 100th anniversary of the birth of politician Aldo Moro, slain by the Red Brigades in 1978.