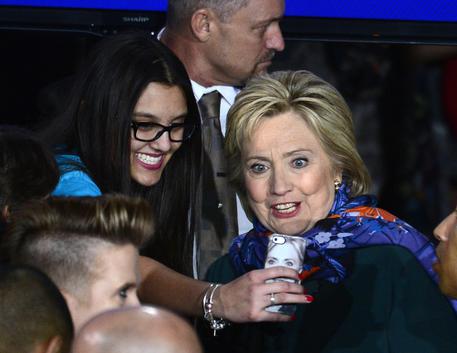 (ANSA) - Rome, February 23 - Premier Matteo Renzi on Tuesday confirmed his support for Hillary Clinton in the race for the White House but said he would talk with whoever is elected.
"If I was American I would vote for Clinton, she was a great secretary of state, during her husband's presidency America changed," Renzi told Rtl 102.5 radio.
"It would be nice to have a female president of the United States," he added.
"I don't know if in the end (Donald) Trump will be the Republican candidate, but as premier I will talk with whoever is elected," Renzi said.