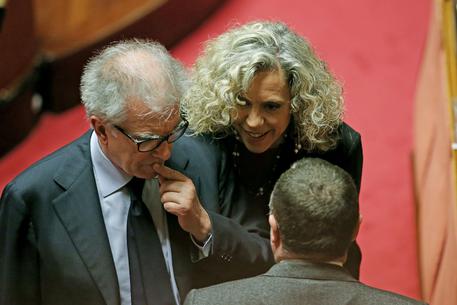 (ANSA) - Rome, February 18 - Ruling centre-left Democratic Party (PD) Senate Whip Luigi Zanda on Thursday chided the rapporteur of a contested civil-unions bill, Monica Cirinnà, for "insinuating" that Catholic members of the PD were against the bill because they were unhappy at not been given better jobs in a recent cabinet reshuffle. "What we need now is unity and not insinuations," said Zanda a day after the bill ran aground in the Senate. Zanda said "the bitterness of Senator Cirinnà is very understandable and she's right when she says the (anti-establishment) 5-Star Movement has a very grave responsibility" in pulling support from a 'kangaroo' amendment that would have speeded the passage of the bill "for petty reasons of political tactics". he said that, in order to approve the long-awaited bill, "we need more responsibility from all".
Voting on the bill has been postponed till next Wednesday.