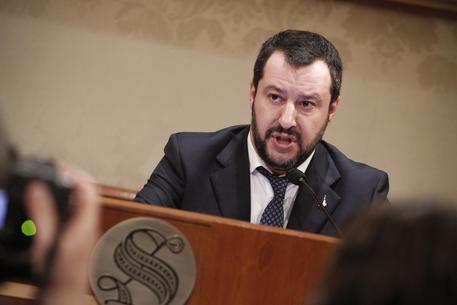 (ANSA) - Rome, February 18 - Northern League leader Matteo Salvini said Thursday that he is organizing a rally on April 25, Italian Liberation Day, to protest against what he described as Premier Matteo Renzi's "regime". "Under Renzi there is control of the media, of the schools, of the courts, of the banks," Salvini told a press conference at the Senate.
"I smell the stench of the Soviet Union, of a regime.
"We'll hold a big march bringing together all of the Italians who don't want to live as slaves". April 25 is a national holiday marking Italy's liberation from Nazi occupation and Benito Mussolini's Fascist regime at the end of World War II.