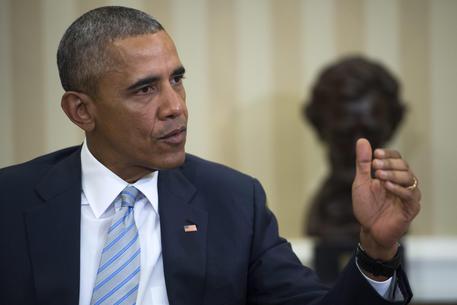 (ANSA) - Rome, February 18 - President Barack Obama said Thursday his history-making visit to Cuba next month was part of an effort to "improve the lives of the Cuban people, the Associated Press reported. Obama vowed to press the Communist government on human rights and other policy differences.
"We still have differences with the Cuban government that I will raise directly. America will always stand for human rights around the world," Obama wrote, as he announced the history-making visit on Twitter.
The trip will make Obama the first sitting U.S. president to set foot on the island in nearly seven decades. In a series of tweets, Obama cast it as part of steady progression of normalizing relations between the U.S. and Cuba, a Communist nation estranged from the U.S. for over half a century until Obama and Cuban President Raul Castro moved toward rapprochement more than a year ago. Since then, the nations have reopened embassies in Washington and Havana, eased travel restrictions and barriers for business and have moved to restore commercial air travel. A presidential trip was held out as significant leverage in these talks.