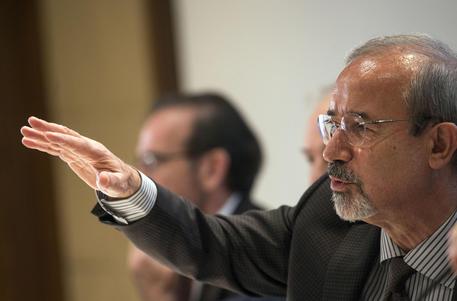 (ANSA) - Rome, February 15 - If there are further changes to the pensions regime, this time by intervening on reversibility, Italians "will have to acknowledge that this government must be sent home", Carmelo Barbagallo, secretary-general of Italy's third largest trades union confederation UIL said Monday. His comments came amid a new furore over reports that Premier Matteo Renzi's government intends to cut State pensions that have been transferred to a spouse following the death of the holder.
The executive has insisted there is no truth in the speculation. "They say it's a bluff, but I have the impression they are trying it on to see the reaction," Barbagallo said.
"We were used to Robin Hood who stole from the rich to give to the poor, they we moved on to the version who stole from the poor to give to the rich, but now we have the genetically modified one who takes from the poor to give to the poor," he added.