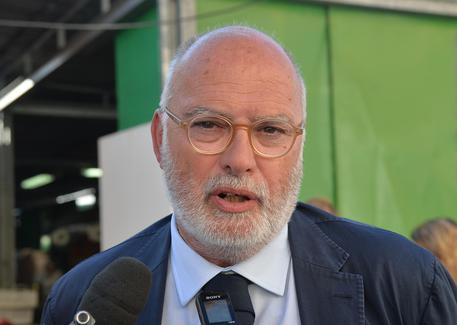 (ANSA) - Brussels, February 15 - Antonio Gozzi, president of steel-producer association Federacciai, on Monday said there may be "change in the air" regarding attention to dumping, the practice of manufacturers exporting to countries at prices lower than in their home markets. Steel manufacturers have been urging the EU to take stronger anti-dumping measures against Chinese companies, and thousands of steelworkers from across Europe held a protest in Brussels on Monday.
Gozzi said he believes the protest, along with a recent letter signed by seven countries to EU Trade Commissioner Cecilia Malmstrom urging the EU to help the industry in crisis, will have a "positive outcome".
Gozzi said in the past "there has been disattention on the part of European countries" to the steel industry crisis and also "strong resistance to implementation of the steel industry action plan" introduced by former EU Industry Commissioner Antonio Tajani.
"We need to use all the tools at our disposal to avoid unfair trade from China and other countries," Gozzi said.
He said the foundations for an EU study on the problem that said only 211,000 industry jobs were at risk across the EU "were never understood" and that in fact in Italy "there are hundreds of thousands of jobs at risk".
Gozzi said the absence of Industry Minister Federica Guidi in Brussels isn't a sign of disregard for the issue on her part.
"She has always followed the position of Federacciai with extreme attention and support," he said.