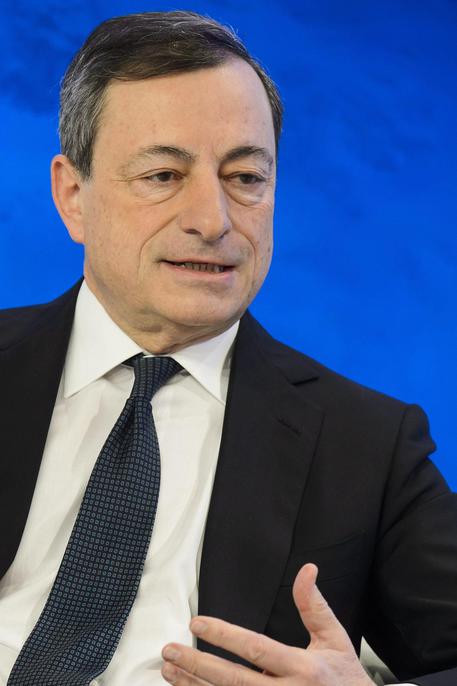 (ANSA) - Brussels, February 15 - European Central Bank President Mario Draghi said Monday that bank stocks had been hit particularly hard by the recent turbulence on the markets because the financial sector is particularly sensitive to the weaker economic outlook. "Since the start of December a deterioration in economic sentiment has accelerated and become more volatile and susceptible to rapid changes," Draghi told the European Parliament. "In this climate, stock market prices have dropped and bank shares have been hit particularly hard, both globally and in Europe, reflecting the sector's high sensitivity to weaker-than-expected economic prospects".

Draghi added that the recent fall in banking stocks "was amplified by the perception that the banks might have to adjust their business models to an environment of low growth and low interest rates, and to the reinforced regulatory framework put in place since the start of the crisis". He said "we have to recognise that the rules have laid the foundation for increased resilience of the whole financial sector".
Draghi said that "the central bank governors and the supervision chiefs have indicated that they are committed to not significantly raising the general capital requirements for the banking sector". He said the banks have "put in place higher and better-quality capital buffers, have cut the leverage effect and improved their funding profiles".

Draghi told the European Parliament Monday that "the recovery is continuing at a moderate pace, supported above all by our measures of monetary policy and by the favourable impact on financial conditions and by energy prices." He said "investments remain weak and the construction sector has not recovered yet. In order to make the eurozone more resilient, the ECB is ready to do its part and as announced will examine the possibility of acting at the beginning of March".