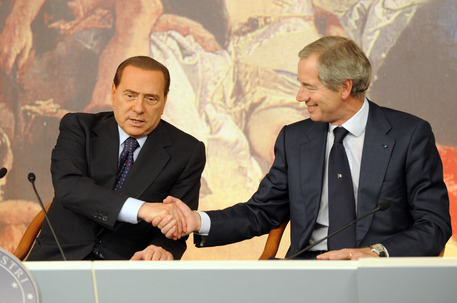 (ANSA) - Rome, February 12 - Former civil protection chief Guido Bertolaso on Friday agreed to stand for Rome mayor in June elections.
Bertolaso, 65, said he was "honoured" to meet a call from centre right leaders Silvio Berlusconi of Forza Italia, Matteo Salvini of the Northern League and Giorgia Meloni of Fratelli d'Italia.
He said the "family reasons" that had prompted him to decline previous calls had now been resolved. Bertolaso, who has a degree in medicine, gained credit for his handling of a string of emergencies including the waste crisis in Campania, the region around Naples.
The 'can-do' former civil protection chief from 2001 to 2010 was handed controversial and sweeping powers by Berlusconi over major events and has faced probes over bid-rigging and the 2009 L'Aquila earthquake that killed over 300 people.
He was cleared of wrongdoing.