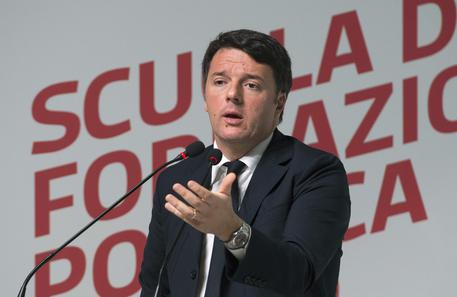 (ANSA) - Rome, February 11 - Premier Matteo Renzi said in a letter published by Rome-based daily La Repubblica on Thursday that the European Union was worse off than eight years ago because it had taken the wrong direction by adopting austerity policies rather than trying to foster growth. "In recent years Europe has taken the wrong road," Renzi wrote in response to a question about a proposal for a so-called 'super finance minister' for the eurozone.
"The problem of the European economy is not the super minister, but its direction.
"If we wish the European institutions well, we have to make our voice heard. We are doing this for Europe, not for Italy. "In eight years with a Democratic Party president, the United States has banked on growth, investment and innovation.
Europe (banked on) austerity, currency, rigour. "In economic terms, the United States is better off than eight years ago, Europe is worse off than eight years ago.
"(US President Barack) Obama has done well, (former European Commission President José Manuel) Barroso no. Austerity is not enough".