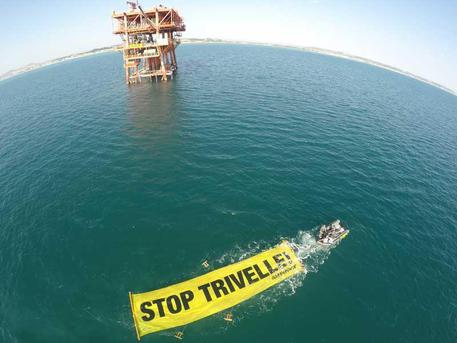 (ANSA) - Rome, February 11 - Premier Matteo Renzi's cabinet has set April 17 as the date for a referendum on offshore drilling for oil and gas in Italy.
Italy's Constitutional Court gave the green light to the referendum last month, a decision welcomed by regional councils and environmental groups concerned about the effects of offshore drilling on marine ecosystems.
The referendum will cover the duration of authorisations to explore as well as already authorised drilling of fields. It was proposed by regional assemblies who are objecting to drilling platforms because of worries about seismic stability and the environment.
The government has said there will be no new drilling in Italy no matter how the referendum turns out. Premier Matteo Renzi's government is reportedly mulling a specific modification to its "Unblock Italy" infrastructure projects decree related to the duration of drilling, which will be the focus of the referendum approved by the court.
Earlier this week Irish oil and gas company Petroceltic formally gave up seeking a prospecting permit in the southern Adriatic Sea off Italy's Tremiti Islands.
The Tremiti are an archipelago located north of Puglia's Gargano Peninsula, and form part of the Gargano national park.
Market conditions have changed since the company first filed for the permit nine years ago, Petroceltic said in a letter to the industry ministry.
The ministry said the move "is a step back in response to strategic industrial needs, which the ministry acknowledges".
Petroceltic, whose local subsidiary has been in Italy since 2005, added it remains committed to its other operations in Italy "within full respect of EU and State rules, according to the highest industry standards, with maximum transparency and in cooperation with local communities".
Petroceltic Italia Srl does oil and gas prospecting in the central Adriatic Sea and in the Po Valley.
Italian environmentalists have long been fighting against drilling in the Adriatic Sea.