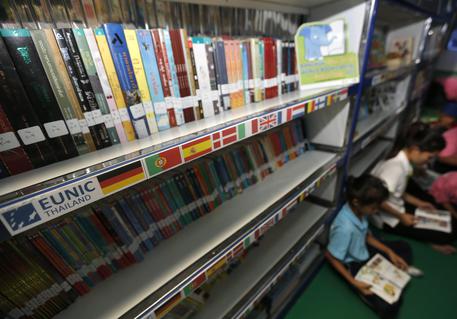 (ANSA) - Washington, February 4 - Italy this year is promoting cultural heritage protection in Washington D.C. as current rotating president of the European Union National Institutes for Culture (EUNIC).
The EUNIC Protecting Our Heritage program - a network of national institutes for culture from EU member States - will be launched by the Italian Cultural Institute and is being inaugurated Thursday with an exhibition opening at the Italian embassy in the US capital.
An exhibit titled Passages showcases photos by photographer and archaeologist Massimiliano Gatti exploring the history of ongoing conflicts in the Middle East.
The show, which runs through March 15, will be introduced by Professor Jonathan Green, founding executive director of the ARTSblock cultural complex at the University of California, Riverside, and by Dr. Alexander Nagel, an archaeologist at the Smithsonian Institution, National Museum of Natural History.
The program will continue throughout 2016 with conferences, seminars, exhibits, screenings and concerts organized in partnership with leading American and European cultural organizations.
The initiative is sponsored by UNESCO and supported by the European Union's delegation to the US in Washington.
It pursues two goals - raising public opinion awareness and boosting the network of international operators acting to protect cultural heritage from dangers ranging from terrorism and crime to climate change and oblivion. The program will remain open throughout 2016 to new input and projects from interested organizations.
The themes already scheduled for debate have been presented in the form of open-ended questions.
"The protection of the cultural heritage of humanity is a theme that is very dear to Italy around which we are registering great enthusiasm here in Washington as well," commented Ambassador Claudio Bisogniero.
"We will use this occasion to give our contribution to a global cause, to help the international community forge a coalition based on its commitment - an imperative for all - to preserve our common memory at all cost," Bisogniero said.
"We will do this through commemorative events, to remember the sacrifice of those who went as far as putting their lives in danger to protect art," continued the ambassador.
He cited the so-called monuments men who helped recover artistic and cultural treasures during World War Two, the so-called mud angels who acted to save Florence's heritage during a catastrophic 1966 flood, and archaeologists working in crisis areas today. "Most of all, we will do it by trying to share experiences, catalyze energies and projects and explore new working methodologies together," he concluded.