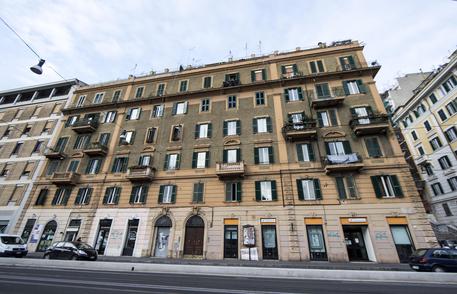 (ANSA) - Rome, February 3 - Rome Commissioner Francesco Paolo Tronca on Wednesday vowed to get to the bottom of a scandal into city-owned apartments in luxury neighborhoods being rented for a pittance. Earlier this week the extraordinary commissioner said he had uncovered several bizarre cases, citing the examples of a flat in the Borgo Pio historic district near the Vatican being rented out at 10.29 euros a month, another in the central Corso Vittorio Emanuele rented at 24.21 euros a month.
There was also another with a view over the Imperial Forums rented at 23.65 euros a month. "It's an ethical question because this time we have to get to the bottom of it," Tronca told RAI public broadcaster. "We owe it to the people of Rome and to city workers". Tronca said that losses from the failure to get reasonable rents from the apartments "could amount to over 100 million euros a year".
The commissioner said he was "astounded" to discover that Rome did not have a complete census of its rented properties when he was put in charge of the city after former Mayor Ignazio Marino was forced out last year following an expenses scandal. He added that this was an "anomaly for an administration and that this "it creates some doubts in your mind" about whether this was deliberate.
"We want to know who is responsible for this shameful situation - which city managers failed to check or outright favored it," Green Party spokesman Gianfranco Mascia said.
However this issue should not be used as an excuse to sell off the city's real estate assets to the benefit of "the usual suspects", Mascia said.
Alfio Marchini, who is running for Rome mayor on an independent ticket, said Wednesday that he reported on this scandal a year ago on State broadcaster RAI.
"A year ago we denounced on two RAI programs what is emerging today," he said.
"They've discovered hot water.
"Those in power at the time said it was all falsehood....
The responsibility is a political one, and it's down to those who have been running the city".