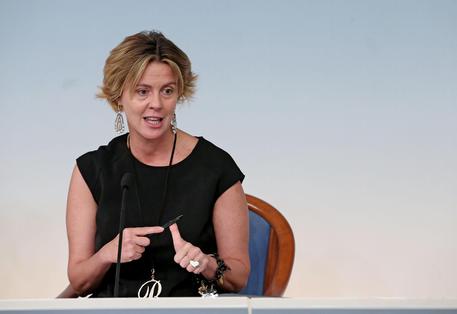 (ANSA) - Rome, February 3 - Health minister and New Centre Right (NCD) member Beatrice Lorenzin said Wednesday she is "absolutely against" a measure in the government's civil unions bill allowing partners to adopt each other's biological children - so-called stepchild adoption.
Lorenzin said having same-sex parents instead of heterosexual ones "puts a strain on the child". However she denied this issue will put a strain on the governing left-right coalition, of which her small center-right party is a junior member.
The health minister went on to reaffirm the NCD's contention that stepchild adoption spelled "the legitimisation of surrogate motherhood", which she called "ultra-prostitution".
She added that civil unions should be recognized and that gay couples should be respected. In Italy, children of same-sex couples currently risk ending up in foster care if one of their parents die, because the surviving parent has no legal custody of them. The bill now before the Senate would also extend to partners in a civil union some of the rights enjoyed by heterosexual married couples, such as the right to inherit a deceased spouse's benefits and property and to make decisions in their stead should one partner become incapacitated. Italy is the only western European country without legalized gay marriage or civil unions between same-sex couples.