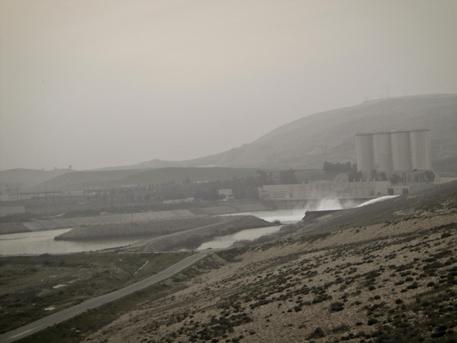 (ANSA) - Baghdad, February 2 - Italy's Trevi construction group has landed a $230-million contract for the repair and maintenance of the dam at Mosul in Iraq, a government spokesman told the Associated Press Tuesday. The contract to overhaul and maintain the Mosul dam in the country's north comes days after the top U.S. general in Iraq warned of its possible collapse.
Government spokesman Saad al-Hadithi told The Associated Press the cabinet awarded the contract to Italy's Trevi group Tuesday. He had no precise figure for the contract's value.
A cabinet official told AP it was worth $230 million. He spoke on condition of anonymity because he was not authorized to speak to the media.
News of the contract came just days after U.S. Army Lt.
Gen. Sean MacFarland warned of dam's potential collapse, which could cause mass flooding. Built in the 1980s, the dam is situated on soft mineral foundations, easily dissolved by water.