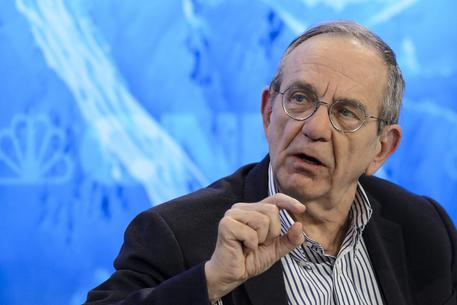 (ANSA) - Monza, January 29 - Italy's public debt is expected to start dropping this year, Economy Minister Pier Carlo Padoan said Friday. "We are in 2016, that is, a turning point because we expect debt to come down," he said. The government as well as other institutions - such as the Organisation for Economic Co-operation and Development (OECD) - are expected to make this happen, Padoan said. The other variables are growth and the job market, he said.
The economy minister went on to say that Italy's banking system is solid in spite of its problems.
"It went through a profound crisis and it's still standing in spite of the ordeal," he said.
Italy's banks are holding 200 billion euros' worth of non-performing loans, Padoan said.
"But there is some coverage for this enormous number, and ours is above the European average," Padoan said.