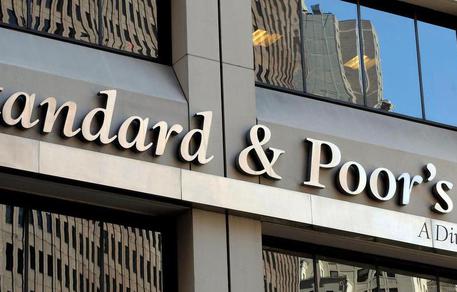 (ANSA) - Rome, January 29 - The ongoing economic recovery and government reforms are creating "opportunities" for Italy's banks but "there is no instant cure" for them, Standard & Poor's credit ratings agency said Friday in a report on the Italian banking system. "We now expect Italian economic recovery to gain momentum in 2016," the agency said.
S&P pointed to three weaknesses in the Italian credit system: a high rate of non-performing loans, structural rigidity and low efficiency, and fragmentation leading to difficulties achieving economies of scale.
The government's reform of the so-called 'popolari' or cooperative banks should lead to "consolidation between regional and local banks", the report said.
S&P said authorities will likely be able to sell four rescued cooperative banks, and the ongoing economic recovery will be good for the banking sector as a whole.
The government's new public guarantee on non-performing loans (GACS, in its Italian acronym) is a positive move but will likely find restoring bank balances to health a slow and uphill battle, the agency's report said.
This is why the S&P outlook on Italy's banks remains stable, the agency said.